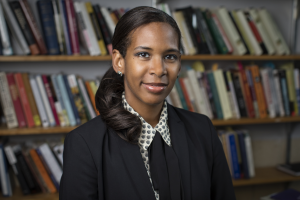 20132019
If you made any changes in Pure, your changes will be visible here soon.

My research focuses on the medical and scientific constructions of race during the era of slavery and beyond. My first book, Medicalizing Blackness: Making Racial Difference in the Atlantic World, 1780-1840, was published by the University of North Carolina Press in 2017. In it, I examine how white physicians “medicalized” blackness— a term I use to describe the process by which white physicians defined blackness as a medically  significant marker of difference in slave societies of the American Atlantic.

My second project examines the genealogy and deployment of the terms used describe mixed race offspring of black and white people (“mulatto,” “quadroon,” etc.) in American medical and lay discourse.  It traces how these terms were used in colonial Caribbean contexts and in mainland North America during the era of slavery, and illuminates how American eugenicists adopted these terms to correlate mental and physical capabilities of mixed race people to their racial ancestral make up. In doing so, they refashioned these terms from crude labels to precision tools with valid scientific meanings. In the early twentieth century, American eugenicists looked southward to the Caribbean to conduct “race crossing” studies, viewing that region as an ideal experimental site to undertake the study of a topic considered taboo in the United States during that time.  The results of their studies gave credence to the notion that race was a visual and quantifiable biological feature and confirmed white anxieties about the perils of racial mixing. Finally, this project centers Caribbean ex-slave colonies as experimental spaces that allowed eugenicists to extract data from mixed race people for the benefit of American scientists and the lay public.

Of black skin and biopower: Lessons from the eighteenth century

The myth of innate racial differences between white and black people's bodies: Lessons from the 1793 yellow fever epidemic in Philadelphia, Pennsylvania

Charity and terror in eighteenth-century Jamaica: The Kingston Hospital and Asylum for Deserted ‘Negroes’

Doctors played a role in ideas about racial differences