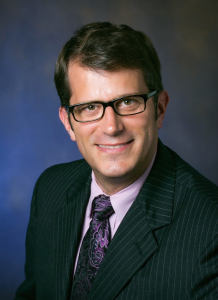 19992015
If you made any changes in Pure, your changes will be visible here soon.

I received my PhD in Philosophy from the Joint Classics-Philosophy Program in Ancient Philosophy at the University of Texas at Austin. Before arriving at Illinois, I was an assistant professor at Rutgers and a junior fellow at the Center for Hellenic Studies (https://chs.harvard.edu/). My appointment at Illinois is split between the Department of the Classics and the Department of Philosophy.

My research to date has focused largely on Hellenistic (i.e., post–Aristotelian) philosophy. In addition to a number of articles and notes, I co-edited (together with Jeffrey Fish of Baylor University) a volume of essays, Epicurus and the Epicurean Tradition, for Cambridge University Press.

In addition to continued work in Hellenistic philosophy, I have recently begun to turn my attention to Xenophon’s Socratic writings. I am currently in the process of producing a both a new English translation of these (i.e., Apology, Memorabilia, Oeconomicus, and Symposium) and a philological and philosophical commentary on the Greek text of Xenophon's Apology and the parts of Memorabilia that most directly concern Socrates' trial.

Epicurus and the Epicurean tradition

'Swearing by Hera' Redux: Further speculation on the origin of the oath ὴ τὴν Ἥραν

Philodemus and the fear of premature death

Philodemus and the fears of death

An Epicurean theory of the passions

Epicurean ethics and the Herculaneum papyri

Civilization
Ancient Greek
Your message has successfully been sent.
Your message was not sent due to an error.
If you made any changes in Pure, your changes will be visible here soon.