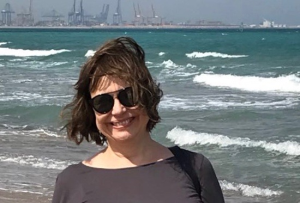 20102016
If you made any changes in Pure, your changes will be visible here soon.

Most of my research focuses on gender, sexuality, and discourse in Spain since the mid- 19th century, with a focus on narrative and on the turn of the century (19th to 20th), as well as on translation studies.

Currently, I am researching and analyzing the roles played by gender and race in the cultural discourses on the Spanish Empire at the fin de siglo, with a special emphasis on the Philippines. My book in progress on this subject is tentatively titled Family Troubles: Spain and the Philippines in the Late Modern Empire.

Over her bloodless body: Gender, race, and the Spanish colonial fetish in Pardo Bazán

gender
Fetish
Emilia Pardo Bazán
Colonies
Your message has successfully been sent.
Your message was not sent due to an error.
If you made any changes in Pure, your changes will be visible here soon.