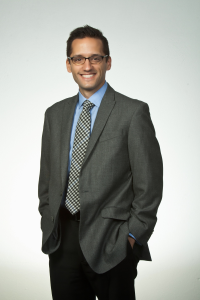 20112019
If you made any changes in Pure, your changes will be visible here soon.

Dr. J. David Cisneros is Associate Professor in the Department of Communication and affiliate faculty in the Department of Latina/Latino Studies, the Center for Writing Studies, and the Unit for Criticism and Interpretive Theory. Cisneros' interests are in Rhetorical Studies and Intercultural Communication. His research focuses on public rhetoric about identity and culture, especially the ways that social identities like race/ethnicity, citizenship, and national identity are defined, maintained, and redefined through public communication. His research also explores rhetorics of resistance and social movement, especially as they concern issues of race and immigration.

Cisneros' research has appeared in journals such as Rhetoric & Public Affairs, Argumentation & Advocacy, Journal of International and Intercultural Communication, and Quarterly Journal of Speech. He published “The Border Crossed Us”: Rhetorics of Borders, Citizenship, and Latina/o Identity with the University of Alabama Press in 2014. His research has received awards such as the Wrage-Baskerville Award (from the National Communication Association’s Public Address Division), the Article of the Year Award from the Eastern Communication Association, and the Early Career Award from the NCA's Rhetorical and Communication Theory Division.

The Border Crossed Us: Rhetorics of Borders, Citizenship, and Latina/o Identity

The rhetorical perspective: Doing, being, shaping, and seeing

Looking back, looking forward: A dialogue on “the imperative of racial rhetorical criticism”

Racial presidentialities: Narratives of latinxs in the 2016 campaign

campaign
narrative
Your message has successfully been sent.
Your message was not sent due to an error.
If you made any changes in Pure, your changes will be visible here soon.