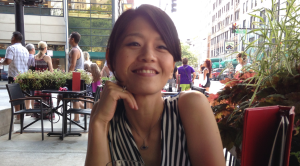 20122018
If you made any changes in Pure, your changes will be visible here soon.

I am a historian of the United States with an emphasis on the nineteenth century, imperialism, race, gender, and sexuality. Trained in U.S. and Japanese institutions, I have always taken comparative and transnational approaches in my study of history.

My first book, Tropical Freedom: Climate, Settler Colonialism, and Black Exclusion in the Age of Emancipation (Duke, 2017), argues that during the late eighteenth and mid nineteenth centuries British and American expansionists and free black activists produced different imaginings of an Atlantic world that variously and often contrastingly mapped black freedom within its geographic bounds and that these conflicting geographies of race and freedom became inseparably intertwined with U.S. and British North American settler colonial formations.  Importantly, both promoters and protesters of geographic management of race employed tropes of domesticity and intra-racial reproduction as well as climatic idioms born of the centuries-long development of the plantation economies in the Americas. These languages not only underpinned legal, political, and ideological initiatives to exclude free blacks from settler colonial privileges but also suffused free black politics against them.

I am currently working on two projects: tracing the origins of U.S. insular imperialism spanning the Pacific and Caribbean and investigating the impact of U.S. expansion into East Asia on domestic racial formations and on the development of Japanese racial identity.

Exiles in America: Canadian Anti-Black Racism and the Meaning of Nation in the Age of the 1848 Revolutions

Lucretia mott and the Underground Railroad: The transatlantic world of a radical American woman

Tropical Freedom: Climate, Settler Colonialism, and Black Exclusion in the Age of Emancipation

Review: R. M. Reid's African Canadians in Union Blue: Volunteering for the Cause in the Civil War

Emancipated blacks often targeted for relocation to the tropics