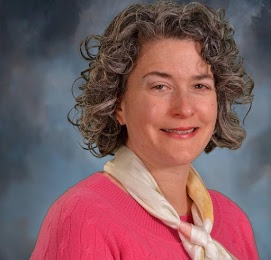 19982019
If you made any changes in Pure, your changes will be visible here soon.

Elizabeth T. Powers is an Associate Professor in the Economics Department and a faculty member of the Institute of Government & Public Affairs at the University of Illinois at Urbana-Champaign. Prior to her position with the University of Illinois, Dr. Powers worked in the Research Department of the Federal Reserve Bank of Cleveland as an Economist, for the President's Council of Economic Advisers in the George H.W. Bush Administration as a Junior Staff Economist during her Ph.D. program, and for the Economic Research Service of the USDA during college. Dr. Powers received her Ph.D. from the University of Pennsylvania and is a cum laude graduate of Vassar College with departmental distinction in Economics.

Dr. Powers's research focuses on the influence of public policy on well-being across the life-course. Important areas of work include the unintended effects of social policies aimed at single-parent households, persons with disabilities, and the elderly; caregiving in non-familial settings such as daycares and nursing homes; and the caregiving workforce. Her current research interests are focused on child development, including projects on the impact of important family events on children's healthy development; factors influencing how children are parented; and participation of family care providers in the Child and Adult Care Feeding Program. Dr. Powers is also currently engaged in research on the college pipeline of women economics majors.

Dr. Powers has an extensive record of public service. For the past several years she has been responsible for conducting the data analysis for the Illinois Department of Human Service's biannual report to the Federal government, documenting its status in meeting its requirements under the Child Care and Development Blog Grant. Her work on the low-wage caregiving workforce has been cited in the U.S. Supreme Court case Harris v. Quinn. Dr. Powers's declaration on the status of direct care workers in Illinois was cited by the judge as the key evidence in her decision in Ligas v. Norwood, a case brought against the state of Illinois on behalf of individuals with developmental disabilities.

The eldercare landscape: Evidence from California

Should government subsidize caregiver wages? some evidence on worker turnover and the cost of long-term care in group homes for persons with developmental disabilities

Wage subsidies
Turnover
Long-term care
Workforce
Caregivers
Your message has successfully been sent.
Your message was not sent due to an error.
If you made any changes in Pure, your changes will be visible here soon.