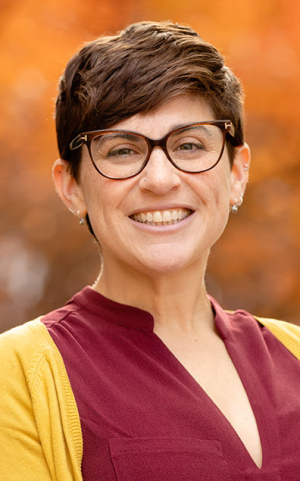 20162017
If you made any changes in Pure, your changes will be visible here soon.

Prof. Avital Livny received her B.A. from Washington University in St. Louis in Political Science, History, and Near Eastern Studies, and worked as a Policy Assistant for Legal Momentum (formerly NOW Legal Defense and Education Fund) before beginning her graduate studies. She earned an M.Phil. in Modern Middle Eastern Studies and an M.Sc. in Comparative Politics Research from the University of Oxford before completing an M.A. and Ph.D. in Political Science at Stanford University.

Prof. Livny spent AY 2014-2015 as a Junior Research Fellow at the Carlos III-Juan March Institute in Madrid before beginning as an Assistant Professor at the University of Illinois at Urbana-Champaign. She is spending AY 2018-2019 as a Faculty Fellow at the Center for Advanced Study at the University of Illinois and previously spent AY 2016-2017 and 2017-2018 as a Linowes Faculty Fellow at the Cline Center for Advanced Social Research. Recently, she was awarded a grant from the National Science Foundation to support her project entitled "Improving and Integrating Global Diversity Estimates Using Transparent Methods." Her dissertation research is due to be published in 2019 by Cambridge University Press as a book entitled Trust and the Islamic Advantage in Turkey and the  Muslim World.

Prof. Livny’s research interests generally fall under the headings of comparative politics and political economics and include: the politics of religion and ethnicity, particularly the micro-foundations of identity-based mobilization and the measurement of identity as a variable; the foundations of political engagement in developing democracies; and patterns of interpersonal trust and tolerance, across space and time. Her region of interest is the Middle East and she has conducted extensive research in Turkey. She is a native speaker of Hebrew and English and has good knowledge of both Turkish and Modern Standard Arabic.

Review: C. Tuğal's The Fall of the Turkish Model: How the Arab Uprisings Brought Down Islamic Liberalism

Counting the Uncounted: Measuring the Politicization of Kurdish Identity in Turkey